Sunshine – friend or foe for health optimisation and (both skin & internal) anti-ageing? 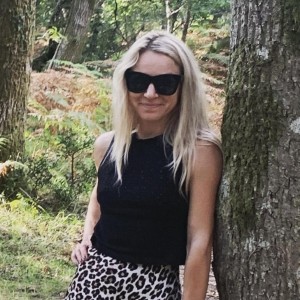 How to be sun smart this summer to avoid skin ageing and cancer, while still reaping its many health benefits

Taking the guesswork out of health

It’s that time of the year, summer is upon us, and with it plenty of sunshine – and the decision to either stay out of the sun, or enjoy its rays.

Are you the type that loves to bake in the sun for hours, or the one to slip, slop, slap – slip on a shirt, slop on sunscreen and slap on a hat, as they like to call it in Australia – terrified of the rays of sun, and pale as a ghost even in mid summer 😉 ?

With mixed messages in the media about UV rays’ skin cancer and ageing inducing risks, common sun screens messing with hormones, to the importance of vitamin D, it can be difficult to know what is right. To go into the sun, or stay clear at all cost?

Most of us have heard of UV rays. But there is more to sunlight than UV. Sun light includes UVA, UVB and UVC, plus visible and three types of infrared, near, mid and far infrared light, see image. UVC rays are being filtered out by the atmosphere and do not reach us. Each of the remaining ray types has their own properties.

UVA and, in particular, UVB have gotten a bad reputation for their skin damaging effects. And it is true that if exposed to excessive amounts of these 2 types of rays, our skin does get damaged, contributing to faster skin ageing, also called ‘photo-ageing’, and skin cancers.

Hence the advise to ‘slip, slop, slap’, staying out of the sun as much as possible, and where sunshine does hit the skin, always wear sun protection cream.

Less free radical damage and DNA mutations induced by UV rays equals less risk of skin cancers and skin ageing. So the smart thing would be to slip, slop, slap, end of story?

Not so fast, as sadly (or luckily for those of us with an inherent romance with the sun) it ain’t that straight forward.

While excess UV ray exposure and sun burns are bad, it appears that excessive sun avoidance behaviour is equally (or even more so?) as harmful.

A study done by Linquist et al. 2016 found that avoidance of sun exposure is a risk factor for death of a similar magnitude as smoking!

More research has emerged over the past decade, concluding that sunshine is in fact our friend, as long as we know how to dose it appropriately. As for most things in life and health, there are two sides to the coin, and it is the dosage that makes the potion. I have looked into the research on pro’s and con’s for you and summarised in this article.

In addition to that, commercially available sunscreens are made of chemical compounds including avobenzone, octinoxate and oxybenzone, which in themselves carry health risks. More on the best sunscreens to use and which best to avoid further below.

Vitamin D and beyond

One of the most obvious benefits of sunlight is its necessity in producing vitamin D. We need UVB light to hit our skin in order to produce vitamin D. Watch video where I explain more here: https://www.youtube.com/watch?v=oXybL609cZE&list=PLPleNmgR9ldXXySxixb-BT4vY1PmOA9Uz&index=2

Most cells and organs in the human body have a vitamin D receptor, which explains the wide variety of diseases and disorders that have been linked to vitamin D insufficiency in epidemiological studies.

Low serum vitamin D levels correlate with overall increased all-cause morbidity and mortality, but in particular have been linked to:

But I tested my vitamin D levels, and the GP says they are ‘just fine’? – Optimal vs suboptimal levels

Great, so I must supplement with vitamin D, and stay out of the sun, you may think?

I would urge you not to. Research suggests that the benefits of sunshine go much beyond its role in vitamin D production. Watch video here: https://www.youtube.com/watch?v=VTsXRnPUiYQ&list=PLPleNmgR9ldXXySxixb-BT4vY1PmOA9Uz&index=5

Baarnhielm et al. 2012 found that individuals with low UVR exposure had a significantly increased risk of MS compared with those who reported the highest exposure, and that this association persisted after adjustment for vitamin D status.

Similar conclusions were made about other autoimmune diseases, including type 1 diabetes, rheumatoid arthritis and non-alcoholic fatty liver.

Another study found that UV radiation significantly suppressed weight gain but vitamin D supplementation did not.

Other benefits of sun exposure

In addition, being exposed to the visible and near infrared portion of sunlight has been shown to have extra perks:

By now it should be quite clear that we do need some sun exposure, including not only infrared and visible light, but also some UVA and UVB. So what is the best way to go about it, for the benefits to outweigh the risks?

Let me introduce the concept of skin preconditioning and habituation.

Preconditioning has been described by Decreane et al. in 2005 using UV. A low UVB dose triggered a protective p53-dependent gene mechanism increasing the resilience of keratinocytes against future UVB insults [42].

Exposure to a mild UVB dose was able to induce an adaptive response in human keratinocytes, leading to increased survival of cells that maintain their capacity to repair DNA damage upon exposure to high doses of UVB. Our study indicates that this adaptation response is only achieved if the interval between subsequent UVB insults allows sufficient time for the p53-induced protective gene program to be induced.

Sunscreens do, however, reduce acclimatization to UVR and vitamin D production in the skin.

Another component of preconditioning is the exposure to infrared light. When applied 4h or 24h prior to UVB exposure it provided significant protection against UVB-induced damage.

Research shows that in Europe (above 50 degrees north latitude), the risk of skin cancer (particularly melanoma) is mainly caused by an intermittent pattern of exposure, while regular exposure confers a relatively low risk.

Even for melanoma, the most deadly form of skin cancer, research shows that the association to UV radiation is two-sided:

Non-burning sun exposure is associated with a reduced risk of melanoma, while sunburns are associated with a doubling of the risk of melanoma.12 It has long been observed that outdoor workers have a lower incidence of melanoma than indoor workers. With respect to chronic non-burning sun exposure, it is thought that protection against sunburn and development of melanoma derives from photo-adaptation (increased melanisation and epidermal thickening) or from the induction of higher levels of vitamin D.

White people with Type II skins at 40 degrees latitude can obtain their annual requirements of vitamin D by spending about 15 minutes in the sun with face, arms and legs exposed (half that time if in a bathing suit) 2 to 3 times a week between 11 a.m. and 3 p.m. during the months of may through october. In comparison, nonmelanoma skin cancer is associated with many thousands or tens of thousands of cumulated hours of lifetime sun exposure. 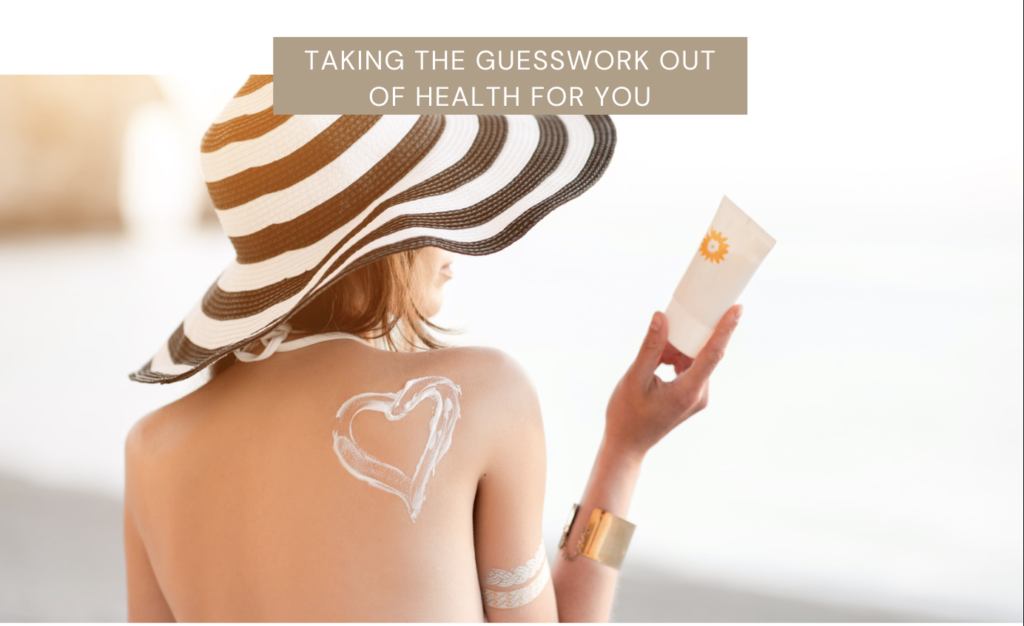 Get your FREE ebook on all things sunshine, health & ageing here. xx

As you can see, it is apparent that vitamin D supplements are not an effective substitute for adequate sun exposure. In addition, simply supplementing with vitamin D without any sun exposure at all may even contribute to other health concerns, such as raised LDL and total cholesterol levels. In the body vitamin D gets made out of cholesterol, and without UVB rays stimulating this process, yet high amounts of vitamin D being added via supplementation, cholesterol may accumulate. More research needs to be done to look into this in more depth.

Are there other things that influence the level of sun damage, skin ageing and skin cancer risk that you can influence with daily choices? Yes!

Research suggests that these can be mitigated by:

The wide gap between the UV radiation dose that is required to synthesise sufficient vitamin D cutaneously and the higher UV radiation dose that will cause skin and eye disorders is often not appreciated. Excessive exposure to UVR should continue to be discouraged, as sun burn has been linked directly to skin ageing and cancers, and if an individual has to be in the direct sun for too long a period that would lead to burning, the application of sunscreen and protective clothing is still very important.

Which leads me to the last topic of this post! Sunscreen! I will keep it short, as this article is already quite long .. but I don’t want to leave you hanging without this last piece of information.

Chemical sunscreen ingredients have been shown to contribute to hormone imbalances, mimicking estrogens, reef damage, and have been linked carcinogenesis in their own right. Ouch.

Luckily there are natural solutions (other than the previously discussed preconditioning of the skin, and staying out of the sun during peak mid day!). Go for organic sun screens (without parabens, paraffins, etc) that use minerals as UV protection. Minerals that are most commonly used are titanium dioxide and zinc, either in nano form (tiny, so blend in easily into the skin), or non-nano (larger particles, which can leave a film on the skin). Beware of nano sized titanium dioxide, as it may pass into the blood stream, which may cause accumulation of this heavy metal in the body, plus concerns it may damage reef (in nano-sized version) has been raised.

Best is to go for nano zinc where you can find it, or non-nano zinc/ titanium dioxide. Even the non-nano formulations have come a long way since the first, terribly thick layered mineral screens have come to the market, and many brands have developed creams that feel smooth, blend into the skin, and don’t create that terrible thick layer. Reading some reviews on amazon may be worth your time.

Let me know in the comments below if you have questions! 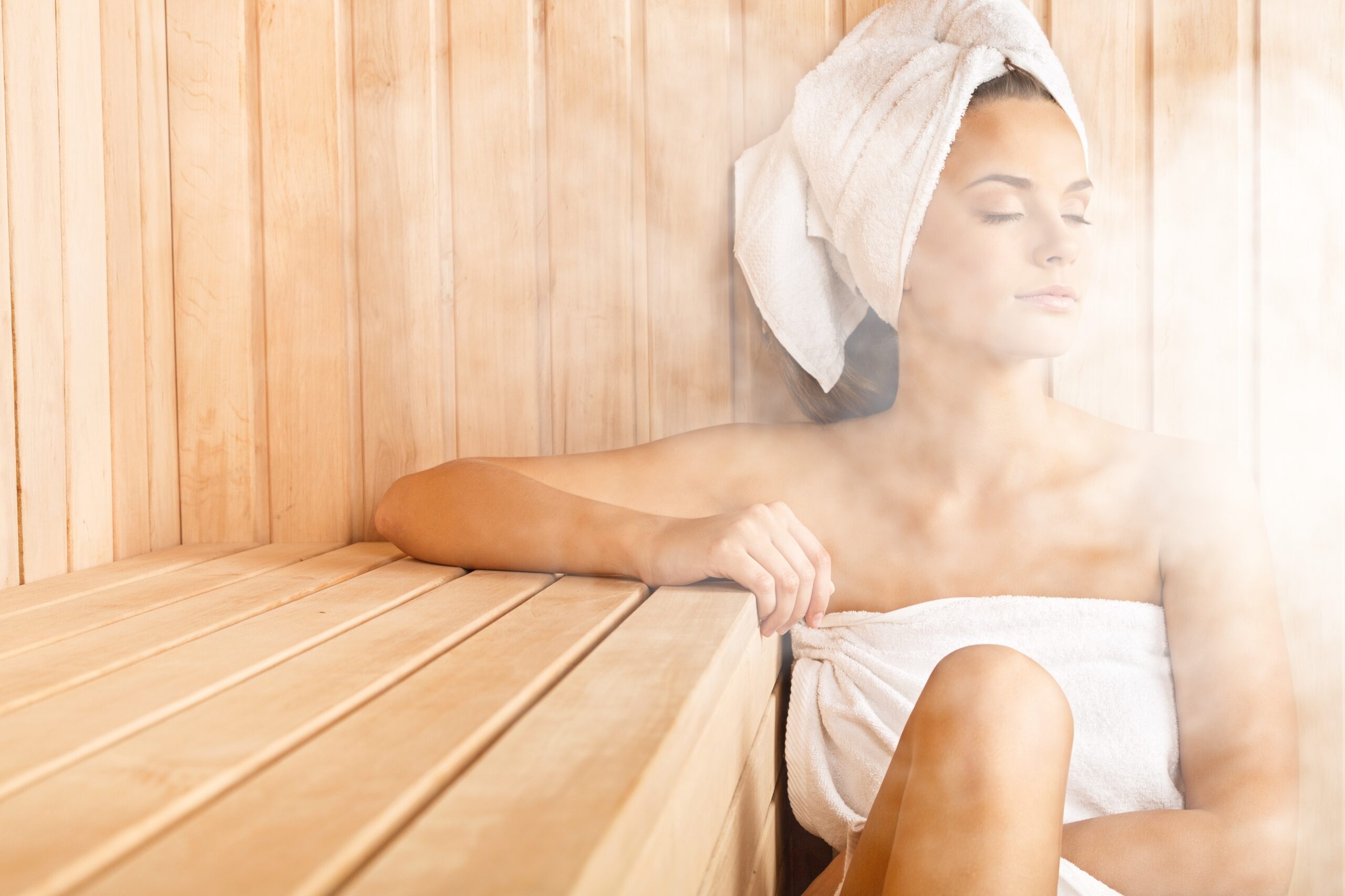 Infrared saunas- are they worth the hype?

With a long tradition of use in countries like Finland, 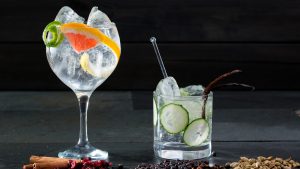 Summer is just around the corner, and you are dreading 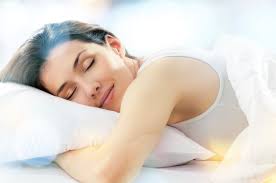 Summer is just around the corner, and you are dreading

Stay up to date with any workshops, new online courses and the latest health info. Your email is safe with me, no spamming! :)